Our Mission : To provide Christ-centered support and hope to those affected by cancer.

Our Values: We are committed to carrying out our mission in a Christ-centered, caring culture dedicated to supporting individuals and families impacted by cancer. We adapt to the dynamic needs of the people we serve by acting responsibly, with a sense of urgency, and a passion for excellence. With integrity, our team serves with compassion, respect, and kindness, offering hope and peace to all. 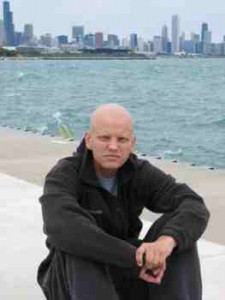 Phil Zielke was diagnosed with Stage 4B Hodgkin’s Lymphoma in 2004. He had been in the most advanced stage of the disease for nearly nine months. Following his diagnosis, Phil endured aggressive chemotherapy treatments at the University of Chicago Hospital. When he showed no more signs of cancer, he went on to begin his first year as a fourth grade teacher in the fall.

In April 2005, three months away from his wedding to fiancée Carrie, Phil received the news that his cancer was back. He not only had to postpone his wedding, but also step away from his teaching job to begin treatment once again. At the height of those treatments he underwent several days of lethal chemotherapy followed by a stem-cell transplant.

Going through the disease two times, there were moments that were blanketed by feelings of hopelessness. But as challenging and dark as these trials were, something hopeful and positive was birthed. Using his illness and what he had learned through that journey, God equipped him to help others in similar situations. It was on Phil’s hospital bed that the vision of Phil’s Friends was born. Phil was inspired by the thoughtfulness and selfless love of others when he received a care package, encouraging cards and an outpouring of prayerful support throughout his journey. These were simple reminders that brought the hope he needed. In November 2005 Phil was cancer-free; he then resumed teaching, shortly thereafter married his love Carrie, and began living out the calling God had placed on his life. 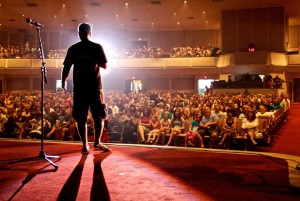 Phil’s Friends began supporting others through care packages, weekly cards, and prayer because of the support he himself had received. In June of 2009, Phil left teaching to devote his time fully to building the organization. Within a few months the organization moved out of Phil and Carrie’s basement and into the community to establish the Phil’s Friends Hope Center. 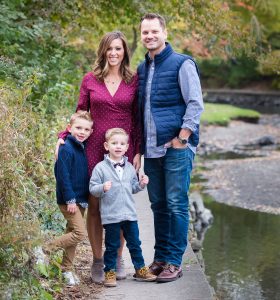 Today, Phil’s Friends engages thousands of volunteers, who in turn, enable the organization to support hundreds of thousands of our friends with cancer across the United States through care packages, Cards of Hope, hospital visits, and prayer. Phil and Carrie have devoted their lives to carrying forward the bold vision of supporting those with cancer in homes and hospitals across the world. They reside in the suburbs of Chicago with their sons Graham and Hudson.

1.8 million Americans will be diagnosed with cancer this year in the United States. Many of these people find themselves in hopeless situations in hospital rooms and homes across the country. Phil’s Friends provides Christ-centered practical, emotional, and spiritual support and hope through the distribution of our hand-assembled care packages to those affected by cancer, and consistent ongoing encouragement through our Cards of Hope program, and prayer. 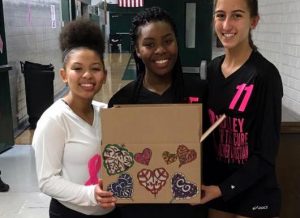 When you request a care package for someone you know that has cancer, volunteers in our Hope Centers create and assemble hopeful care packages with comforting items that our friends with cancer need and enjoy. These care packages are then shipped and delivered anonymously in a decorated Phil’s Friends box. 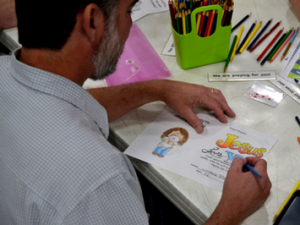 After someone has received a care package, they can expect to receive ongoing encouragement through our Cards of Hope program. Those we support will receive hand-colored cards, testimonies, devotional letters, and other creative and positive notes. These encouraging reminders let each person know that they are not alone. 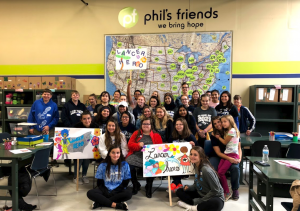 Each week hundreds of individuals volunteer in our Hope Centers. Together, we assemble care packages, decorate boxes, and color Cards of Hope that will be sent across the country to those affected by cancer.

Rally your team, your club, your co-workers, your church, your family and friends to join us! 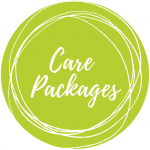 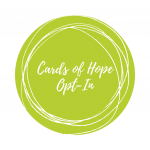 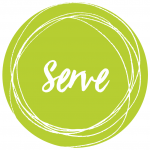 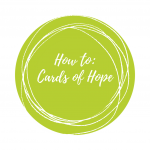 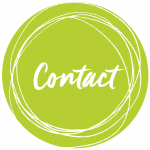